Why I Wrote Boot Camp 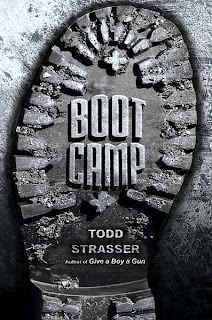 Some of the research for Can’t Get There From Here involved speaking to homeless teens on New York’s lower east side. During one interview, a young woman mentioned that she’d run away from home when her parents had threatened to send her to a boot camp.

A short time later I read an article about “transporters,” professional kidnappers who parents hire to “grab” their children and “escort” them to boot camps. It sounded shockingly excessive, but I knew from my own experience as a teen that sometimes a young person can be so angry, rebellious, and out of control that it is impossible for a parent to force him (or her) into a car to take him somewhere he doesn't want to go. And probably impossible to keep him in that car/plane/train long enough to get him there.

But there was another aspect of boot camps that I found equally disturbing – the idea that until a child reaches the age of 18 he or she has no legal right to prevent parents from sending him or her away.

I do believe that in the vast majority of cases, sending a child to a boot camp is an act of utter parental desperation. Parents do it because they absolutely believe that it is the only avenue left to prevent a child from self-destructing, either from drug use or some other unlawful and dangerous activity. I have heard a number of stories about young people whose lives were turned around for the better after being sent to a boot camp. But, as I point out in the book, I have also read about young people who have died in such camps.

One thing I discovered during your research: there are plenty of boot camps that would accept both.

Posted by Stephen at 4:02 AM No comments:

Starred Review for Give A Boy A Gun in Publishers Weekly 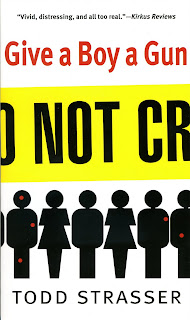 No sure why PW decided to run this now, but they did give the book a starred review!

A Teacher from California Writes About If I Grow Up 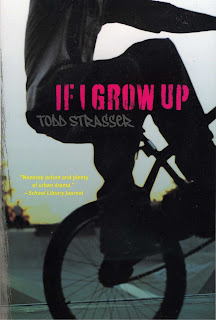 I stayed up into the late hours reading it; it is so compelling. Of course, as a teacher, I do believe that education is the way out of poverty and the gangbanger life. However, this book demonstrates the Herculean tasks of these inner city kids even getting to school and then trying to get a real education once they get to school. This inner city life is so chilling and painful. I had to keep reminding myself that this is America a couple of miles, in some cases blocks, from what most Americans consider "normal" life.

I am in awe of how [you are] able to write such passionate books about the most intense issues and put human faces on them and yet finds a way to bring in a little hope. [You]expose this issues in a way that teens (and everyone) can relate to and yet I could teach [your]books in an eighth grade class because [you don't] use profanity or explicit sex or violence and yet the books feel real.

UK Cover for Wish You Were Dead 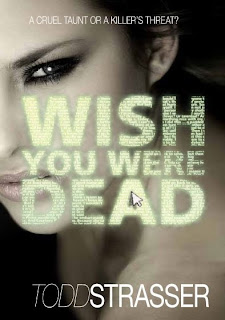 Creepy good?
Posted by Stephen at 5:27 AM No comments:

Why the Tardy Boys is NOT a Series 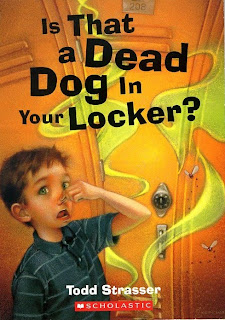 There are five Tardy Boys books, but the Tardy Boys is not a series. This is not the first time I’ve written a not-a-series for readers in grades 3-5. I once wrote a 17-book not-a-series even though each book began with Help! I’m Trapped in… and the same characters appeared in each book.

When I asked my publisher why it wasn’t a series, I was told, “because the books aren’t numbered.”

I had to rewrite the first book in the Tardy Boys not-a-series about 150,000 times. Every time Ithough the book was done, my publisher would read it and tell me all the things that were wrong with it. For instance, originally I wanted to call the main characters the Pardy Boys, but my publisher said no because Pardy Boys implied something they didn’t feel was appropriate. I never found out exactly what.

The funny thing is that, while at the time I was pretty annoyed with my publisher’s seemingly arbitrary decisions, in retrospect I can see why they objected. Here is a VERY partial list 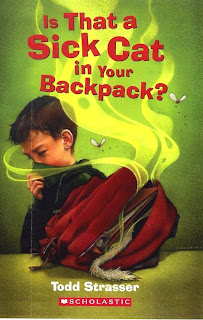 of the things my publisher said no to. Some I now agree with; some I still don’t.

1) Placing the Magic Toilet Bowl inside the Mysterious Toilet Stall at The School With No Name and sending the Pardy Boys back in time whenever they pulled a sheet from the Phantom Toilet Stall Dispenser.

2) Having the Pardy Boys travel back to the Revolutionary War to meet Timmy Meeker, Sarah Bishop, Johnny Tremain, and Willy Freeman.

le Timmy’s book only won a Newbery Honor, and having Timmy put down Sarah Bishop because her book only won something called the Hans Christian Andersen Award.

4) Having Timmy Meeker, Sarah Bishop, Johnny Tremain, and Willy Freeman all put down the Pardy Boys because their book was only a paperback original and never won a single award. 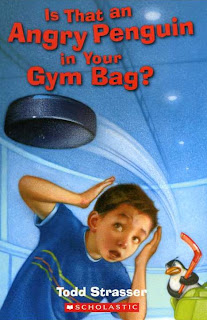 If I ever write a series for middle-grade students again, I’ll probably have the same sorts of disagreements, but next time I’ll keep in mind that given some perspective, things we think are funny might not always be that way.

Posted by Stephen at 5:42 AM No comments:

Dear Todd,
Thank you so much for your wonderful presentations at Derby last Wednesday. I've had terrific feedback from both teachers and students. The Writing Workshops were both practical and inspiring. Connie Chapin, our 6th grade English teacher (and Head of the English Department) was very impressed with how you related to the 6th graders at exactly the right level for them. The large presentations in Larson Hall were funny, informative and perfectly tailored to each of the groups you were addressing. I loved the way you mentioned books that you enjoy, written by other writers. I've had lots of requests from students, teachers and even a parent, for the titles that you mentioned.