Gansel to adapt 'Give a Boy a Gun'

Pic based on Todd Strasser novel

Exclusive: BERLIN -- Dennis Gansel, who directed 2008 hit drama ''The Wave,'' is again turning to author Todd Strasser for his next film, ''Ich knall euch ab!''
Pic is based on Strasser's 2000 novel ''Give a Boy a Gun,'' about two troubled and heavily armed students who hold their classmates hostage at a high-school dance and target the jocks and teachers who tormented them. Pic is to be set in Germany.

Gansel's adaptation of Strasser's ''The Wave,'' which was also set in a German high school, became a major international hit for Constantin Film. With its exploration of teen violence, ''Ich knall euch ab!'' is seen as a thematic follow-up to that film.

Jan Berger, who penned Gansel's 2010 vampire thriller ''We Are the Night,'' also wrote the ''Give a Boy a Gun'' adaptation.

Christian Becker of Munich-based Rat Pack Filmproduktion is producing the pic, which is set to shoot in the second quarter of next year. Constantin Film will distribute domestically.

Gansel's recently finished ''The Year of the Snake'' for UFA Cinema. The political thriller, which stars Moritz Bleibtreu, Kasia Smutniak and Max Riemelt, follows a Berlin tabloid journalist who travels to Moscow and gets caught up in a web of intrigue and terrorism.

Universal is set to release ''The Year of the Snake'' in Germany later this year.

Contact Ed Meza at staff@variety.com
Posted by Stephen at 12:19 PM No comments:

Blood on My Hands Nominated for Wyoming Award 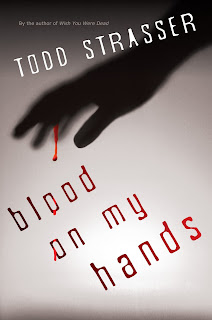 http://www.ccpls.org/html/soaringeagle.html
Posted by Stephen at 8:17 AM No comments: