I suspect this sums it up:

MY wife and I learned about the Connecticut school shootings on our way home from the cemetery, where we had just finished observing the 20th anniversary of our son’s murder.

Our son Galen, who was 18, and a teacher were killed on Dec. 14, 1992, by a deranged student who went on a shooting rampage at Simon’s Rock College in western Massachusetts. Galen was a gifted kid, and Simon’s Rock seemed like the perfect place for him. He’d never been happier. The killer had a vastly different reaction to this environment. After run-ins with college officials, he vowed to “bring the college to its knees.” He bought an SKS at a gun shop down the road, and obtained oversize clips and ammunition through the mail.
In the wake of Galen’s murder, I wrote a book about the shooting. In it I suggested that we view gun crime as a public health issue, much the same as smoking or pesticides. I spent a number of years attending rallies, signing petitions, writing letters and making speeches, but eventually I gave up. Gun control, such a live issue in the “early” days of school shootings, inexplicably became a third-rail issue for politicians.
I came to realize that, in essence, this is the way we in America want things to be. We want our freedom, and we want our firearms, and if we have to endure the occasional school shooting, so be it. A terrible shame, but hey — didn’t some guy in China just do the same thing with a knife?
Still, whatever your position on gun control, it is impossible not react with horror to news of the shootings in Connecticut. Our horror is nuanced by knowledge of what those families are going through, and what they will have to endure in years to come.
More horrible still — to me at least — is the inevitable lament, “How could we have let this happen?”
It is a horrible question because the answer is so simple. Make it easy for people to get guns and things like this will happen.
Children will continue to pay for a freedom their elders enjoy.
Posted by Stephen at 3:11 PM No comments: 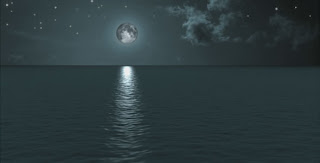 Thanks to Google Images, when I write these days, I often refer to photos of what I'm imagining in order to feel like I'm there. Today I'm working on a project temporarily called Moby Dick in Space. Here's the image I'm using.
Posted by Stephen at 11:05 AM No comments: