Between 1973 and 1977, while in college and then working as a newspaper reporter, you wrote a novel called “Angel Dust Blues” about a teenager on Long Island who is arrested for selling drugs. Not even aware that there was genre called Young Adult, you were concerned that your story about teenagers lacked the components necessary to catapult it onto the best seller list.

At that moment in literary history, according to a then current issue of “Writer’s Digest,” those components included Nazism and cocaine. So you created a character, a Nazi, who escaped from Germany in a submarine at the end of World War II and sailed it to Colombia, South America. From there he smuggled cocaine, via his submarine, to Long Island, New York. And, to tie it into the story, you made him the uncle of one of your protagonist’s friends.

You wish you could say that you’re kidding, but you’re not. 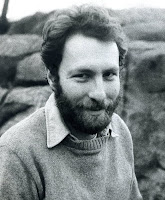 publishers who read it. It was a tough time for you. Other than working as a part-time fact checker for Esquire Magazine, you had no income, nor any real hope of making a career for yourself as a writer. You’d even given yourself a deadline. If you couldn’t publish a book by the time you were 32, you’d chuck the whole deal and start over at something new, although you couldn’t imagine what that would be.

One day your agent called and said an editor named Ferdinand Monjo wished to have lunch with you. Were you interested? At the time you were working your way through a case of tuna fish, purchased in bulk, to save money. You probably would have gone to lunch with Charles Manson if he’d asked (and promised to come unarmed).

Mr. Monjo and his assistant, Jim Bruce, met you in the restaurant of a small, elegant East Side hotel. The editor was a refined, dapper man dressed in a sport jacket and tie. His wavy silver gray hair was combed back, his wire-rim glasses sparkled, and he smoked cigarettes in a long gold cigarette holder reminiscent of that well-known photo of a jaunty Franklin Roosevelt riding in the back of a car.

After graciously thanking you for agreeing to come to lunch, you sat down at a table covered with linens, crystal, and silver. During the conversation that followed, Mr. Monjo consumed two vodka gimlets while discussing theater, classical music, and opera with Jim (Clearly the least cultured person at the table, you mostly listened and sipped a Coke).

Later, having consumed a red caviar omelet, as well as a third vodka gimlet, Mr. Monjo got down to business. Would you, he asked, possibly consider rewriting your book? Your agent had already told you that this would be at the crux of the lunch, so you had an answer prepared. You would, you said. And did he have any suggestions? 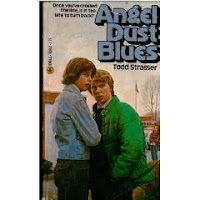 Mr. Monjo seemed pleased that you had asked. “Yes,” he said. “In this business it is important to write about what you know. It is obvious that you know a great deal about being a teenager in the suburbs.” He paused to clear his throat. “I regret to also point out that it is equally obvious that you know very little about Nazis, submarines, and cocaine smuggling.”

Lunch ended. In the months that followed you would take Mr. Monjo’s suggestion to heart, and eventually produce a book that was driven much more by character, and much less by plot.

Like the editors at the other publishing houses, Mr. Monjo had found in your book a story that was neither plausible nor interesting. But unlike the others, he (perhaps because he himself was also a writer) had detected a potential which, given an opportunity, might eventually produce something decent. He offered $3,000 to see if his hunch was correct. While small by today’s standards, in 1978 this was not an inconsequential amount to pay on an unproven first-time novelist with only the promise of a story.

Today there are still many lovely and erudite editors, but you wonder how many would be allowed to gamble on a brand new author the way Mr. Monjo did.* The impression you have is that today’s editors are rarely allowed (or are even given the time) to speculate on what a manuscript might become, and must instead base their decisions on the manuscript they have in hand (provided the marketing and sales departments give them the green light. Many books today are purchased by committee. You cannot imagine any marketing or sales department approving of the manuscript Ferdinand Monjo read.).

You also wonder how many editors still have the luxury of time that would allow them to take a writer out to lunch merely to ask if he or she would consider rewriting a book.

Mr. Monjo (his full name was Ferdinand Nicolas Monjo III) was a well-known author himself, and was born into an old and well-to-do Connecticut fur trading family that, in the 1800s, had sailing ships all over the world. In 1974 one of his books won the National Book Award – a tremendous achievement for any writer. Sadly, he died in October of 1979. Angel Dust Blues was a few months later.

* Among the other YA authors who got their start thanks to Mr. Monjo is Robert Lipsyte, whose wonderful book, The Contender, came about when the editor wrote to him out of the blue and asked if he’d consider writing a novel about a teenage boxer. Before that, Mr. Lipsyte, a sports reporter for the New York Times, had never written fiction.
Posted by Stephen at 4:36 PM