A while back, prolific and funny author Dan Gutman asked you to contribute to a book he was putting together. The subject was going green and saving the environment and stuff we all pretty much agree we better get to before it's too late. The book just came out and you asked Dan for some promotional info to stick in this blog, but he didn't have any so you guess you'll just post your contribution below.

First, I think it's important to put things in perspective. We're not the only animals who are messing up the Earth's atmosphere. Methane is a major green house gas that contributes to global warming. Here are the top three animal producers of that stuff:

1) Wood munching termites
2) Belching moose
3) Cattle that, er, well, "emit" a lot of methane gas from you know where.

The problem is, we can’t do very much about them. You can try, but termites won’t listen, cows are too busy chewing their cud, and you don’t really want to get within talking distance of a moose. 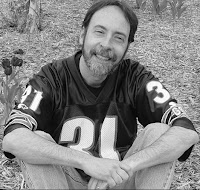 On the other hand, we can do something about the greenhouse gases that we help create by using more energy than we need to. So here are three really simple things that I do:

1) Open windows. Weird, huh? But I'm amazed by how many people run air conditioners at night when the outside temperature has dipped into the lower 70s or upper 60s. I usually open two windows in two different rooms. In one room I have a fan facing out so that it blows out hot air, and pulls in cool night air through the other window.

3) Ride a bike. Yeah, yeah, I know, it's another no-brainer. But so simple. Whenever possible, I run local errands on my bike. Not when it's raining, and not when the temperature gets much below 60 degrees. But that's still a lot of days to save energy.

That's it. Just three simple suggestions. And they’re all easier than talking to a moose.

BIO STUFF: When he’s not writing, Todd Strasser conserves energy by doing as little as possible.
Posted by Stephen at 6:47 PM